Currently there are more than 400 National Park units — including monuments, seashores, lakeshores, recreation areas and historic sites — spread across 50 states, the District of Columbia and U.S. Territories.

Collectively, they cover a land mass roughly the size of Germany.

But, as remote preserves of wild, undeveloped nature, the wonders the Park Service protects loom even bigger in the world’s imagination.

Perhaps that’s why the country’s national parks set an attendance record in 2014 with 292.8 million visits (still-to-be released 2015 figures are expected to top 300 million), with eager travelers coming from around the globe to behold the glories of North American geology.

“National Parks Adventure,” a new IMAX 3D documentary narrated by Robert Redford and scheduled for global release on February 12, is shooting for those mega-sized proportions.

The film’s release comes amid a milestone 100th year that the National Park Service has spent a decade gearing up for; its National Park Centennial Initiative launched on August 25, 2006.

Log on to nps.gov and you’ll find centennial events and programs held at numerous parks throughout the year — culminating on August 25. 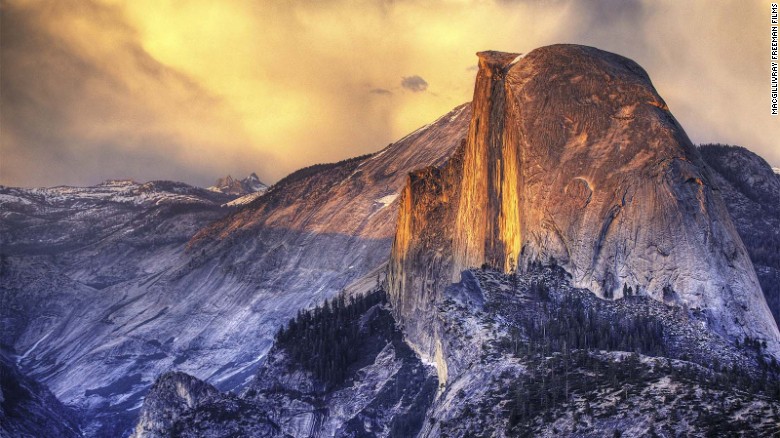 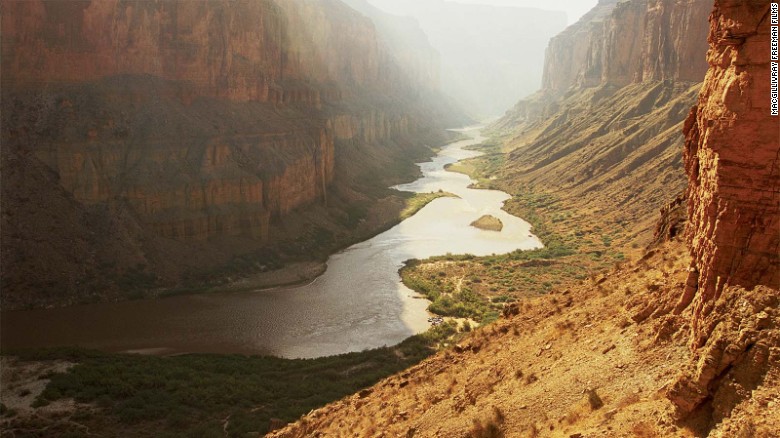 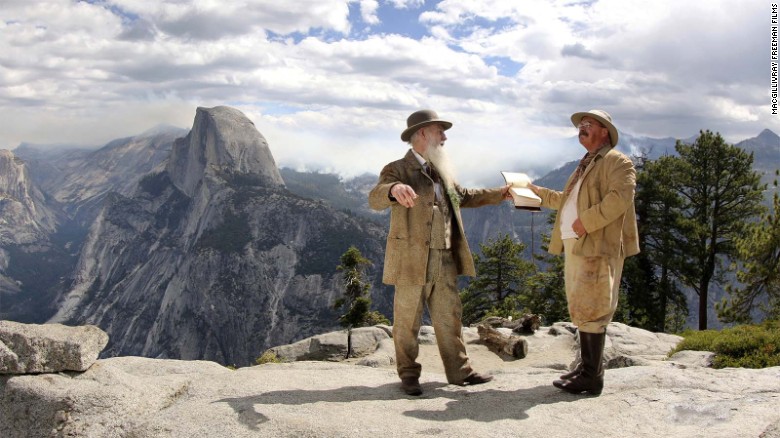 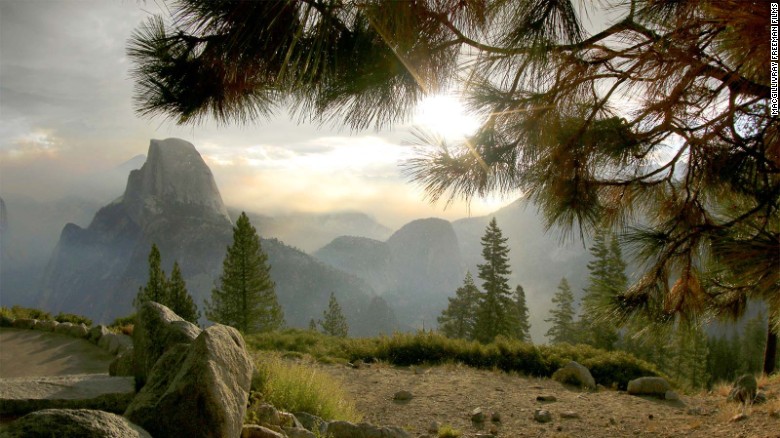 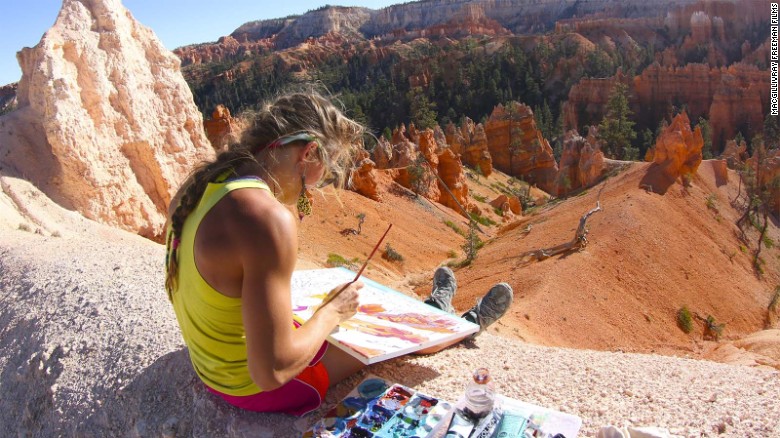 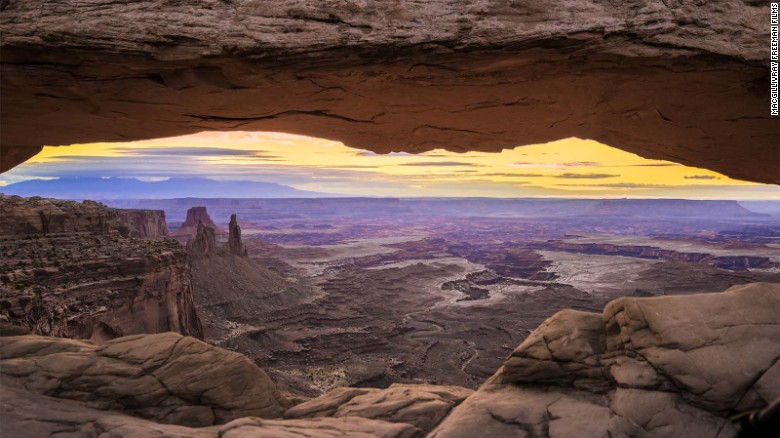 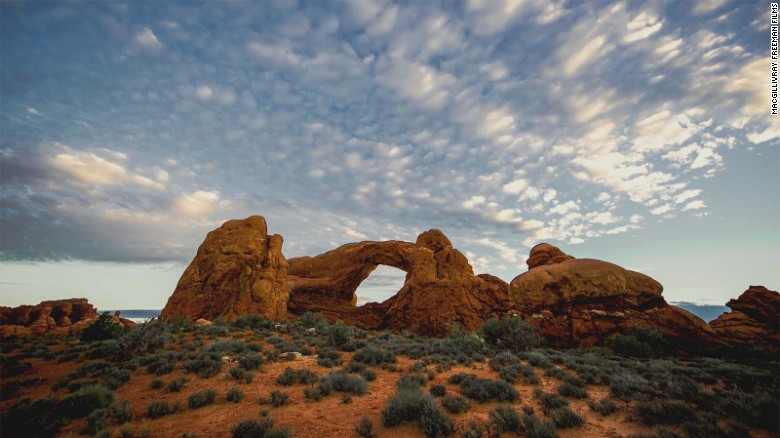 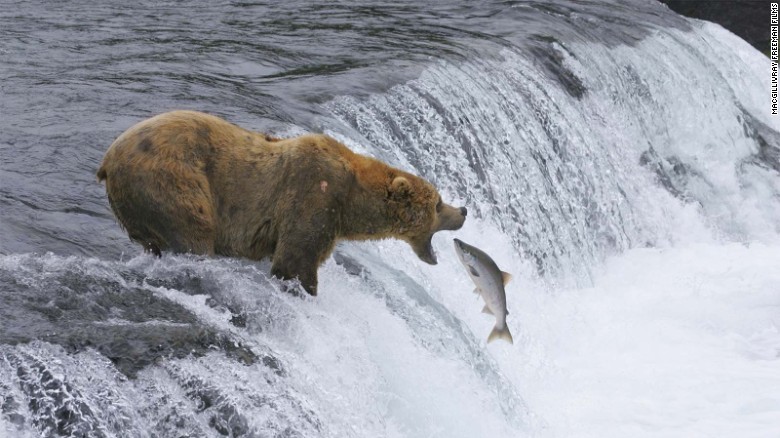 In the meantime, the IMAX documentary takes travelers on a journey that’s sure to intensify the craving for park visits.

“When something spectacular happens in an IMAX film, audiences remember it like it’s a firsthand experience,” says director Greg MacGillivray of MacGillivray Freeman Films (MFF), maker of 38 IMAX documentaries over the last 40 years, including “Everest,” “Dolphins,” “Mystery of the Nile” and “To the Arctic.”

“It’s really that powerful a medium — about as close to virtual travel as it gets.”

Many of MFF’s giant-format films explore otherworldly corners of the planet that most of us won’t be visiting without popcorn and a massive screen.

“‘National Parks Adventure’ has a markedly different aim,” says MacGillivray, who has shot more IMAX film than anyone.

“Our primary hope here is that the film moves people to go and experience as many of these places as they can firsthand,” says the Southern California-based filmmaker.

“Of course, we want them to come see the film too.

“But also to remember, especially in this centennial year of the National Park Service, that our parks are the biggest, most important, utterly amazing treasures this country will ever collectively own.

“And they’re out there for everyone.”

‘A reverence for what nature can do’

The film follows a trio of adventurers led by elite climber and mountaineer Conrad Anker through some of the country’s most magnificent park landscapes and natural wonders.

Derring-do action sequences throughout the film include ice climbs in Upper Michigan, mountain bike stunts in Moab, Utah, and precipitous leaps across the summits of the Three Penguins — the aptly named sandstone towers marking the entrance to Arches National Park.

“It’s one of the most visually striking images imaginable. It really looks almost man-made,” says MacGillivray about Devils Tower, a giant striated pillar formed by a volcanic intrusion.

“It fills you with a reverence for what nature can do.”

Devils Tower National Monument evoked other kinds of reverence from the IMAX team as well.

For the area’s famously mercurial weather.

And for the added challenge of scaling its remarkable peak with a hefty IMAX camera in tow.

“It’s the size of a dishwasher and maybe about as heavy as one,” says Conrad Anker, famed for notching several harrowing first ascents around the globe.

“I’ve done [Devils Tower] several times before, but it’s always a challenging climb — and even more so for an IMAX film.”

Historic meeting that changed everything

The Montana-based Anker is joined in the film by his stepson, adventure photographer Max Lowe and fellow adventurer Rachel Pohl.

At Devils Tower, the IMAX production consulted local Native American tribes, also featured in the film, who regard it as a sacred site.

“Part of the reason we respect nature is because of the Native Americans who didn’t even have a word for private property,” says MacGillivray. “Of course, historically we’ve had a diametrically opposed point of view — except thankfully for nature’s wonders.”

“So many national parks were sacred places long before being established as parks,” adds Anker. “Honoring that was an integral part of the whole filming experience.”

Two of the most integral figures in national park history are also honored in the film — conservationist John Muir and President Theodore Roosevelt, who convened in 1903 at Yosemite National Park.

Their famous three-day camping summit under the stars in a giant grove of Sequoia trees is re-enacted by a pair of dedicated tribute actors.

“That meeting [between Roosevelt and Muir] is often regarded as the most important three days in conservation history, so we knew we had to include it,” says MacGillivray.

“They believed that nature was of spiritual value, and that you could get more out of it by not changing it. It was a unique point of view then — and one that people might take more for granted now.”

Past and present icons aside, the biggest stars of this show: about 40 national parks from coast to coast.

Also included are distant dreams (for many) like Alaska’s Katmai National Park, home to more than a dozen volcanoes and the continent’s largest population of protected brown bears.

Other pretty parks with even less name recognition are featured.

“Filming there was completely unexpected,” says MacGillivray, who had planned to shoot winter scenes at Yellowstone last year before scrambling for an alternative when there wasn’t enough snow there.

“One of our researchers came up with this remote, absolutely amazing-looking park hiding on the shore of Lake Superior in upper Michigan,” says MacGillivray, who redirected the film crew to Pictured Rocks, an unlikely understudy.

Even the park staff out there were like, ‘Really? You wanna come film us?'” he laughs. “But it turned out to be one of the most magical places.”

The spoiler-alert climactic shot there: a snow cave scene that closes out the film to a Jeff Buckley “Hallelujah” soundtrack. And that’s all we’ll say.

“It was one of those totally unexpected, pinch-me, God-I’m-lucky-to-be-alive moments in that cave,” says MacGillivray. “It just brought tears to my eyes.”

The takeaway: in a national park system filled with so many unsung gems, expect such moments when they’re least expected.

“National Parks Adventure” will be shown in more than 400 giant-screen theaters and 60 countries around the world, according to Brand USA, the destination-marketing organization for the United States, which partnered in the IMAX production.

“We’re continuously working to ensure travelers from all over the world get to know the United States and all we have to offer — everything from our big cities to small town communities and the beautiful great outdoors,” says Brand USA President and CEO Christopher Thompson.

“The national parks are paramount in our efforts to promote this diverse offering as they embody that spirit.”

No better time than a big centennial year to view that storied backdrop in IMAX dimensions.

Or, bigger still, in those limitless, timeless national parks settings themselves.

Los Angeles-based Jordan Rane is a Lowell Thomas Award recipient from the Society of American Travel Writers. His work on travel and the outdoors has appeared in over 50 publications.